The API awards ceremony recognised innovation and outstanding achievement across the entire property industry in 13 categories and covered projects and the leaders shaping the future of Africa’s real estate sector.

Appolonia City CEO Bright Owusu-Amofah said, “It’s refreshing to know that Appolonia City is recognised as an urban development not only relevant to Ghana but across Africa. As a city developed by Rendeavour, Africa’s largest new city builder, Appolonia City is a model of sustainable urban infrastructure and a catalyst for economic growth on the continent.”

The projects were evaluated by an independent jury on a variety of areas, including originality of the concept,  location, infrastructure, technical and architectural quality, integration into the environment,  sensitivity to the local community, innovation and sustainability. The jury recognised Appolonia City’s investment in infrastructure and sustainability as key drivers of delivering a wider impact on the economy of Ghana.

The API Summit, in its tenth year, is regarded as the continent’s leading real estate investment and development conference bringing stakeholders together from across the continent to showcase how the investment case across Africa’s built environment has matured over the past decade. 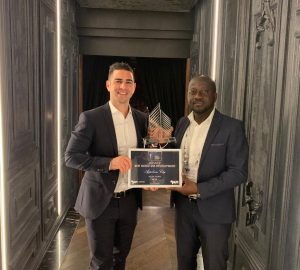