The CEO of Appolonia City, Bright Owusu-Amofah, has won the Real Estate and Development category at the recently concluded Ghana 40 under 40 Awards.

Organised to identify, honour and celebrate a cross section of Ghana’s most influential and accomplished young business leaders under the age of 40, the awards based the nominations on commitment to business growth, professional excellence and community service.

Owusu-Amofah dedicated the award to the management, staff, partners and clients of Appolonia City and its developer, Rendeavour, Africa’s largest urban developer.

“My industrious, dedicated and efficient team at Appolonia City have been a force to reckon with. I know this will spur us on to greater heights to offer Ghanaians a unique master-planned city, fulfilling our ambitious vision,” Owusu-Amofah said.

The Appolonia City project, a partnership between Rendeavour and the Chiefs, elders and community of the Appolonia stool in Ghana, is the only large-scale city development project in the country that has moved beyond concept development stage and into execution. The project continues to see growth and is expected to catalyse over USD 1 billion of foreign direct investment and employ tens of thousands of Ghanaians over the project’s lifetime.

All winners at the 40 under 40 Awards were selected by an awarding board. Accounting firm EY compiled entries with further support provided by the Ministry of Business Planning, as well as other institutions. 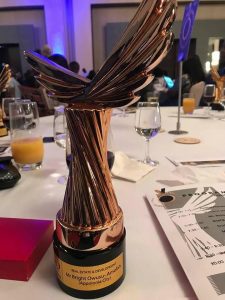 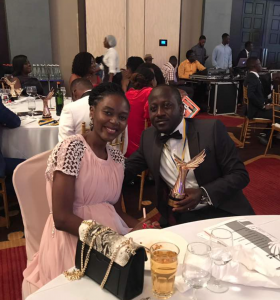